It’s simple. If the birth of a new human being is a miracle, and a midwife oversees the birth, then midwives should not merely be called “midwives,” but rather “Miracle Overseers.” Considering the diligent and self-sacrificial care of Brenda Musubika, ROWAN’s newest midwife, even this enhanced title of “Miracle Overseer” may not do justice!

Brenda, who is now 25-years old, graduated with her certificate in “Miracle Overseeing” (a.k.a. Midwifery) from the International Institute of Health Sciences in 2017.  After graduating, she worked at the New Hope Hospital in Iganga, Uganda for a year before moving to the Joy Medical Center in Kampala, Uganda, where she served for the past two years before joining ROWAN.

Now, Brenda has come to Mawanga, alongside her husband and little girl, to look after all the new and expecting mothers in our community. This is no small task. Last year alone, over 100 babies were born under the Hope Clinic’s care! Central to her role, Brenda visits women at their homes to ensure that they can supply their babies with adequate breastmilk. When new mothers struggle to produce milk or cannot do so at all, ROWAN provides formula to prevent malnourishment.

Today, formula is a pressing need in the ROWAN community. In fact, it was just last summer that the ROWAN staff discovered Bruno, an emaciated 9-month old boy, who was living with his uncle and grandparents after his mother suddenly passed away. The family had no means of supplying breastmilk and they could not afford the price of formula. ROWAN tried to intervene in Bruno’s sickness, but the provision of formula came too late. Bruno died 2 months later as a result of the irreversible damage caused by his malnourishment …

We lost a child whose inmost being was created by God – whom God knit together in his mother’s womb. We lost a person that was fearfully and wonderfully made.

Malnourishment should no longer be the cause of this.

Will you help us make that possible?

As Brenda outreaches to the community, you can help us enable her with formula, which is rich in the irreplaceable nutrients needed by the newest members of our ROWAN family. If $50/month is all it takes to supply a newborn with formula, Bruno would have grown into a strong and healthy little boy with $600 in care for his first 12 months.

Our vision is to see that the joy of bringing a new child into the world outweighs its dangers and the sorrows of its loss. With Brenda joining our team, we are hopeful for a future in which the promises of the Lord may be realized time and time again:

“Behold, children are a heritage from the LORD, the fruit of the womb a reward.” -Psalm 127: 3

“He gives to the barren woman a home, making her the joyous mother of children. Praise the LORD!” -Psalm 113:9 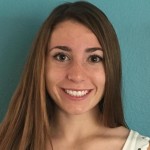