News of increasing violence in Kampala The end of October saw Kampala, the capital city of Uganda, under attack.  On the evening of October 23rd, people in Kampala were out enjoying an evening meal when an explosion rocked the city center.   Then less than 48 hours later, another explosion targeted a bus traveling from the capital to western Uganda.  Investigators believe both bombings are the work of rebel Allied Democratic Forces, a known affiliate of the Islamic State.  After the Islamic State released a video claiming responsibility for the bombing on the 23rd, Ugandan President Yoweri Museveni called it an act of terrorism.

In an interview with VOA News, Fred Enanga, a Ugandan Police Spokesman, said that three men with ties to Allied Democratic Forces, the ADF,  had been arrested on suspicion of setting up the attack in the city center.  Police say that three men entered the eatery with a bag containing an improvised explosive devise, set the bag under a table, and left shortly before the explosion. This explosion killed a 20-year-old waitress and caused several other injuries to people within a 5 square mile radius.

The bus bombing on Monday, October 25th occurred as the bus was leaving the city.  This blast caused one death and several injuries.  Police say that the death was that of the young man who carried out the attack.  While there have been no clear claims of responsibility for this bombing, Ugandan police believe it to be another attack by the ADF.

The Allied Democratic Forces strongly oppose Ugandan President Yoweri Museveni and his government.  They are based in the eastern part of the Democratic Republic of Congo and have been slowly expanding into other countries in the region.  In a press conference following the bombings, Fred Enanga told reporters that investigators believe an ADF sleeper cell exists in Kampala and that prior to the bombings, police had arrested 13 suspected ADF members.

We at ROWAN are standing with the people of Uganda in praying for peace in the nation and for comfort for those affected by these bombings. 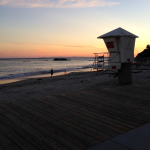