“There is nothing so useless as doing efficiently that which should not be done at all.”—Peter Drucker, world-renowned author, educator and management consult who was driven by a desire to build effective and responsible institutions

“There is nothing so useless as doing efficiently that which should not be done at all.”

What happens when we rush to do good and the result is not so great? ROWAN co-founder Kelsey Hargadine tells a story about something that happened in Haiti and has happened in many mission settings. Kelsey shared that, when westerners travel to areas of need, we step out of the van into the village and immediately see the torn clothes, no shoes, poor housing, etc. We quickly want to bring tons of clothes, shoes, and material things that can help that tangible image of poverty. That is exactly what we shouldn’t do. One time a group of people brought hundreds and hundreds of shoes to Haiti. They gave all the shoes out and felt so good for doing that. What they didn’t think about was the shoe seller in the village trying to make a living, and just putting him out of a job. They didn’t think about how a small child having a new pair of shoes puts them at risk of theft and abuse. We don’t like thinking about those things, but they are what we need to remember above all. This is why the ministry of ROWAN works, because they don’t rush in.  Rushing in with good intentions is perfectly understandable, but it may not be the best way to make lasting change. This doesn’t mean we don’t do anything, and sometimes needs are immediate. But in all those situations, ROWAN works because ROWAN IS:

~Widows and orphans as leaders in their own communities, creating and sustaining their lives with support from the village leaders

~Pastor Paul and ROWAN leaders discussing, listening, and deciding what to do. They are the drivers.

While we as supporters may be bursting with ideas and heartfelt emotion, it is our job to work alongside and empower those whose home is the village.  It is our job to trust God and seek His patient, faithful guidance in partnership on their behalf. Peter Drucker says:

ROWAN does this so well. They aren’t perfect at it and they make mistakes, but there is grace and forgiveness and learning during those times.  And for the most part there is effective action when Pastor Paul and Kelsey and you and I trust God together and commit to see people’s lives changed for good. And in the village there is so much happening that is good.

Peter Drucker was an Austrian-born American author and educator who Business Week called, “the man who invented management”, right before his death at 95 years old in 2005.  Drucker, motivated by

Peter Ferdinand Drucker was an Austrian-born American management consultant, educator, and author, whose writings contributed to the philosophical and practical foundations of the modern business corporation.

Shortly before he died in 2005, Peter Drucker was celebrated by BusinessWeek magazine as “the man who invented management.” Naturally, when most people hear that description, they think of corporate management. And Drucker did, in fact, advise a host of giant companies (along with nonprofits and government agencies). But he came to his life’s work not because he was interested in business per se. What drove him was trying to create what he termed “a functioning society.”

Drucker had, after all, seen firsthand what happens when society stops functioning. This was the central theme of the first of the 39 major books that he would publish over the course of his extraordinarily long and productive career. The End of Economic Man traced the rise of the Nazis in the aftermath of the Great War and Depression.

“These catastrophes broke through the everyday routine which makes men accept existing forms, institutions and tenets as unalterable laws,” Drucker wrote. “They suddenly exposed the vacuum behind the façade of society.” Looking for a miracle, he added, the masses turned toward the “abracadabra of fascism.”

Drucker was determined never to let things break down like that again. And the only way to do that was to build effective and responsible institutions, including those that by the 1940s were emerging to be the most powerful in the world: big American corporations. Management, practiced well, was Drucker’s bulwark against evil. 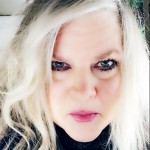